Anyone who owns an IRA and is past age 70 ½ knows you have to make minimum withdrawals, known as RMDs (Required Minimum Distributions) each year, whether you want to or not. If you’re in a situation in which you don’t need the distribution for income, it doesn’t matter; you still have to take the distribution. If you don’t take the distribution, you face a stiff penalty of 50 percent on the amount of the RMD not taken. For folks who are fortunate to have large traditional IRAs, this event has the potential to create a rather sizable tax responsibility.

Not many people I know are excited about paying more taxes.  So is there a planning technique that may help with reducing the tax bite generated by RMDs? Fortunately, Congress passed a bill in December of 2015 called the Protecting Americans from Tax Hikes Act (PATH) that made permanent a technique known as a Qualified Charitable Distribution (QCD). QCDs were first allowed in 2006, but they were not permanent until the PATH Act of 2015. QCDs will enable you to make a charitable contribution from your traditional IRA and avoid taxes on the distribution, provided there are several rules you follow.

It is important to note that the first distribution taken from an IRA in the tax year is deemed to go toward satisfying the RMD for the year. For example, if your RMD is $3,500, and you make a regular withdrawal in January of $3,500, then the withdrawal would all be taxable and would be considered to have satisfied your RMD for the year. In this example, if you later make a QCD from your IRA, it would not go toward satisfying your RMD.

If you are planning to make charitable contributions for 2018, the QCD is a great way to help reduce taxes on your RMDs at the same time.

You should not apply this information to your individual tax situation without consulting with a qualified tax adviser to determine whether this strategy is appropriate for your situation.

The views provided on this website are intended to provide the investor with an introduction to the company and its investment strategies.

Gantt Financial Advisors, LLC is registered in Alabama only. Nothing on this website should be construed as a solicitation or offer, or recommendation, to buy or sell any security, or as an offer to provide advisory services by the company in any jurisdiction in which such solicitation or offer would be unlawful under the securities laws of such jurisdiction. Information on this website is intended only for United States citizens and residents. Nothing contained on this website constitutes investment, legal, tax or other advice, nor should be relied upon in making an investment or other decision. You should obtain relevant and specific professional advice before making any investment decision. A copy of the company’s current written disclosure statement discussing Gantt Financial Advisors, LLC business operations, services, and fees is available from the company upon request.

Does your current portfolio match your risk tolerance? Click on the button and take a short quiz to receive your FREE "Investment Risk Analysis" from Gantt Financial Advisors. 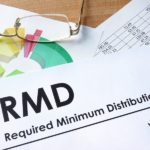 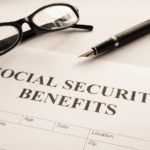 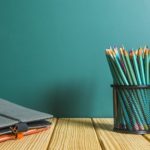 Enter your email address to receive our free quarterly newsletter!

Enter your email address to receive our free quarterly newsletter!
Your information will *never* be shared or sold to a 3rd party.